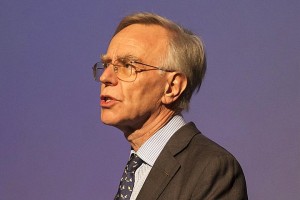 Sir Richard Thompson, who has been the Queen’s personal doctor for 21 years and a former-president of the Royal College of Physicians has warned that drug companies are developing medicines they can profit from, rather than those which are likely to be the most beneficial. He and several other leading physicians are also accusing the NHS of failing to stand up to the pharmaceutical companies.

According to NHS consultant Dr Aseem Malhotra said “commercial conflicts of interest are contributing to an ‘epidemic of misinformed doctors and misinformed patients in the UK and beyond’“.

He goes on to say “The system is broken and cannot be fixed by just pouring in more money. Corporate greed and systematic political failure has brought the NHS to its knees.”

Sir Richard and colleagues – we couldn’t agree more.  Awareness of the problems caused by conflicts of interest in drug development is growing day by day.  Join us as we campaign to change this.

No Replies to "Queen's Doctor on Big Pharma Greed"